“A fiery horse with the speed of light, a cloud of dust and a hearty “Hi Ho Silver, Away!”

It’s amazing how much easier it is to sleep without all the usual gurgling, farting, snorting, cooing, squeaking, squawking that normally goes on of an evening. And now that Indy’s in his own room at the other end of the house…he shouldn’t be able to hear any of it!

That’s right, Indy has saddled up his trusty steed and headed out west to the open pastures of his Big Boy Cot on the sweeping plains (or at least, some light vacuuming), of his very own room. And although he’s still sleeping for about the same length of time (every 3-4 hours), it has improved the quality of sleep, somewhat.

And in the few minutes of actual sleep that we do get, it seems to be a much deeper sleep. Which is why my wife sounds like Barry White…(and I sleep with one eye open).

But just because he’s now up the other end of the house, does not mean he’s out of sight nor out of mind (though at times, it feels like both of us are out of the latter). We still manage to keep a close eye and ear on him, as well as monitor every farty-party aspect of his behaviour, through the ever watchful eyes and ears of the Baby Monitor.

Indy’s time in the Big Brother HOUSE has begun.

And the monitor we bought way back when at the Baby And Toddler Expo (see post here), has some cool features like infra-red video, audio, temperature readout, lullaby music control and night light, all controlled from our handset. It does have another function that was probably good in theory, but not so much in practice. It’s a Push-to-Talk feature. In other words, you can push a button and talk to Indy to calm him down when he’s upset, from the warmth and comfort of our own bedroom, kind of like an intercom. HOWEVER…you can’t hear s#*t, when his air-raid siren is blaring. So, in essence, it’s just like the phone coverage we get from 3 and Vodaphone. We stand there yelling into the damn thing until we just give up and text each other or walk over and talk to each other in person.

And the other thing I discovered about having Indy in his own room, is sneaking out of the room when he’s asleep is a lot like stepping off a land-mine or diffusing a bomb. You move slowly and stealthily. You’re under the exact same pressure to leave that room quietly, as you are asking yourself, “do I cut the red wire or the green wire?”

Because all it takes, is one wrong step and…

It’s back to square one for you. 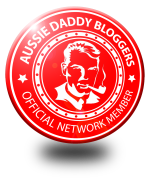 Let Me Design Your Logo

Kooky Chic
Raising 3 Daughters
40YrOldDad
Is it just me?

The trials and tribulations of living the dream.

A new dad trying to juggle the joys of fatherhood, the challenges of employment, and the lure of a life left behind.

My thoughts, my experiences and fitting it all in.

Tapping at keys & scrawling on paper

The End of the Page

Now you know and knowing is just a touch over half the battle.

Raising boys, one day at a time...

Writing and life. Life and writing.

Taking Over the World, One Blog at a Time

Dad Down Under
Your Signature Story: From Content Creator to Media Brand

...the freedom of unbiased thought

The thoughts of Jennie Vickers

And Seen...with Julie and Traci